Using molecular methods, researchers from the Salk Institute for Biological Studies in La Jolla, CA – in collaboration with the University of California (UC), San Diego – were able to map the individual differences in neurons to an unprecedented level of detail.

The findings have important clinical implications for neuropsychiatric disorders such as autism and schizophrenia.

The team was jointly led by Joseph Ecker, director of Salk’s Genomic Analysis Laboratory, Margarita Behrens, senior staff scientist at the Salk Institute, and Eran Mukamel, of the UC San Diego Department of Cognitive Science. Their findings were published in the journal Science.

The first authors of the study are Chongyuan Luo, a research associate at the Salk Institute, and Christopher Keown, who is a cognitive science graduate student at UC San Diego.

Luo and colleagues examined neurons in both a mouse brain and a human brain. Previous efforts of single-cell identification have centered around an mRNA analysis, but, the researchers explain, RNA can change under the influence of the environment.

DNA methylomes, on the other hand, tend to be stable throughout adulthood, so the researchers decided to use these instead for neuron identification.

DNA methylomes are the result of the DNA methylation process – that is, the addition of methyl groups to the bases of a DNA molecule, which leads to epigenetic changes. 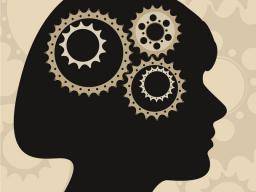 Brain cells have two types of methylation as opposed to other types of cell that only have one, and the researchers mapped both types.

How genes are regulated in neuron types

In total, the scientists cataloged epigenetic changes in more than 6,000 brain cells – the equivalent of a trillion DNA bases.

Based on the methylation patterns, the researchers were able to group the mouse neurons into 16 subtypes, and the human ones into 21 subtypes. The scientists also defined new subtypes of human neurons.

Significantly, the researchers found that the methylation patterns of the inhibitory neurons were more similar between mice and humans than those of the excitatory brain cells. This suggests that inhibitory neurons are particularly important, and that there may have been an evolutionary reason for preserving roughly the same patterns for these neurons.

The authors spoke to Medical News Today about the significance of their findings, saying, “Our study, for the first time, examined neuron diversity of human[s] and [mice] using a uniform technical platform.”

“We are excited by the observation that [the] human brain shows greater neuron type diversity than [the] mouse brain, which is consistent with more elaborate cortical functions in humans,” they added.

The researchers also spoke to MNT about the clinical implications of their findings.

“For many psychiatric diseases such as autism or schizophrenia, the exact cell types responsible for the disease remain elusive. Most previous studies were not able to separate cell types […] The method that we have developed extends the resolution to the single cell level, potentially allowing [us] to pinpoint cell types playing a causal role in neurological diseases.”

The main strength of the new research is, according to the authors, “the unique advantage of revealing how genes are being regulated in each neuron type,” which is made possible by characterizing the epigenomes of individual neurons.

The researchers also shared with us their plans for future research, saying, “Although we only analyzed one brain area in the current study (frontal cortex) we are excited to now begin applying this method to the entire mouse brain, and eventually to [the] whole human brain, both normal and diseased.”

A FIRST BIG STEP TOWARD MAPPING THE HUMAN BRAIN

How Brain Mapping Works
Brain mapping is a set of neuroscience techniques predicated on the mapping of (biological) quantities or properties onto spatial representations of the (human or non-human) brain resulting in maps. According to the definition established in 2013 by Society for Brain Mapping and Therapeutics (SBMT), brain mapping is specifically defined, in summary, as the study of the anatomy and function of the brain and spinal cord through the use of imaging, immunohistochemistry, molecular & optogenetics, stem cell and cellular biology, engineering, neurophysiology and nanotechnology.
* Sitemap
* FAQs
* Terms and Conditions
* Privacy Policy